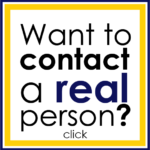 No matter what you call it – Code 39, Code 3 of 9, USS Code 39, USD-3, Alpha39 or Type 39, this barcode has remained one of the most popular codes in use today – except for the UPC code used on all retail merchandise.

Code 39 was the first alphanumeric code to be developed back in 1974 and is still one of the most commonly used symbologies for electronics, healthcare, and government. It is a discrete, self-checking, variable length code:

The key drawback to using Code 39 is that it is a low density code that takes more space than compact codes such as Code 128 and thus may not be appropriate for small labels.

The Code 39 barcode should always be preceded and followed by a quiet zone that should be at least 10 narrow bars (NB) – (aka 10 times the NB).  Code 39 does not require a checksum or check digit, although a Modulo (Mod) 43 check digit can be added for increased data integrity.

Color-Coded Label Sets – Do Your Joints Creak in the Cold?
Fish Tags – There’s Something Fishy Here…